Richmond, Va. – With very few exceptions, drug test levels should only be compared to a cutoff to determine whether a sample (e.g., urine, oral fluid, or hair) is positive or negative. A sample that produces a drug test level below the cutoff is deemed negative, while a sample that produces a drug test level at or above the cutoff is deemed positive. Drug test levels in urine and hair are nonlinear with respect to concentration (i.e., not a straight line), meaning that the amount of the drug ingested cannot be determined by the concentration in the urine or hair sample. This also means that interpretations of drug test levels should only be done by toxicologists with the appropriate credentials. Moreover, due to differences in how individuals metabolize substances, these levels are often only useful to determine whether a test is positive or negative. 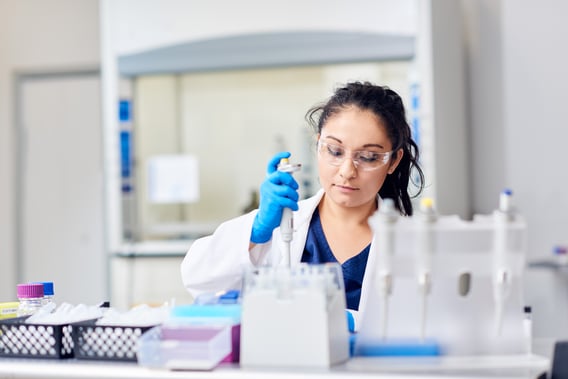 A qualitative test, also known as a screen, compares a reference sample to an unknown sample. A screen identifies classes of drugs (such as opiates) without identifying a specific drug. Thus, the level reported represents all the compounds in that class detected by the test. The screen result should therefore only be considered positive or negative.

A quantitative test, also known as a confirmation, compares an unknown sample against a defined numerical range. The defined range is based on a calibration curve with five to seven data points. The calibration curve can give a definitive amount of a drug that is present in the sample.  The interpretation of the result is not just positive or negative, but also “how much”.  Interpretation of drug levels is not straightforward however, and should still only be completed by a qualified toxicology staff.

Use Case: Substance Use Monitoring or Workplace

For both screening and confirmation testing, there is an upper limit to the calibration range, above which drug levels cannot be determined with any accuracy. Levels above this are usually just considered “above the upper limit of linearity” – which means highly positive.

1. When monitoring marijuana use, urine drug test levels, adjusted for creatinine over a thirty-day period, are useful for distinguishing new use from residual use

2. Breath alcohol tests are useful for determining if a person is currently intoxicated


In conclusion, screening drug test levels for substance use monitoring, particularly in the criminal justice system, are qualitative in nature and should not be used for anything other than determining if a sample is positive or negative.